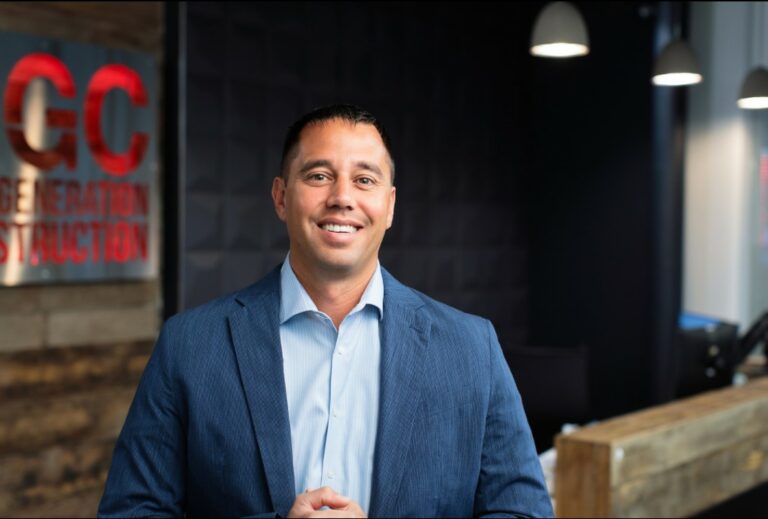 NGC has a trifecta of publicity in Strictly Business Magazine in the March 2022 issues for Lincoln and Omaha! Justin Hernandez speaks about NGC in a Commercial Construction themed feature section, NGC will be presenting on stage at the CSI Expo Thursday March 10th to share the “Hotel Indigo Downtown Omaha Story” and the Telegraph District Block Party has been announced for Saturday, May 21, 2022 at O&20th in Eastern Lincoln. All of these articles and advertisements are published in the printed magazine and can be found in SB’s digital flipbook as well.

Please attend the CSI Expo Thursday, March 10th in the afternoon to visit NGC’s table, or at 5:15 pm sharp, witness the story-tale about Hotel Indigo with NGC’s field leaders sharing insider details about the transformation from a GC perspective. The CSI Expo offers educational accreditation with industry sessions, a floor of vendor booths, plus cocktails, networking and dinner. The show lasts until 9 pm, so if you need to book a hotel room, please stay at the Hotel Indigo Downtown Omaha.

The Telegraph District in Eastern Lincoln will host a street festival Saturday, May 21, 2002 from 10 to 4. Public is welcome and encouraged to attend the Telegraph District Block Party. No entry fees (no fees for vendor booth participation either). Food Trucks, Breweries, and Mobile Spa will be there along with local business vendors, charitable organizations and the fantastic live acoustical duo “2 of 4” will play from 12-2pm! Prizes, games, attractions are in the works as well…!

Building the Future
Ten years ago, Lincoln-based New Generation Construction (NGC) completed their first hotel project in York, NE. Since then, the full-service commercial construction company has grown to establish a second office in Omaha and has built for every major hotel brand, completing thousands of rooms along the way. NGC builds regionally across the nation with projects ranging as far north as Minnesota and as far south as Texas. They pride themselves on being a one-stop shop for clients who are looking for a turn-key experience.
“Hospitality has really become our niche market over the years and we rank with some of the top hotel builders in the nation,” said President Justin Hernandez. “The hotel projects have really been an opportunity for our team to demonstrate a breadth of responsibility – from working with the architect and design teams prior to a contract, to installing the furniture, fixtures, and equipment at the end. Our team has experience managing every step of the process.”
One of NGC’s most notable projects includes their role as the primary general contractor for the Telegraph District in Lincoln. The Telegraph District is an exciting new redevelopment project located on the eastern edge of downtown. NGC converted the old Telephone Building into office space for Nelnet in 2017, and has since then finished two large, multi-family buildings; multiple retail buildouts that are home to a coffee house, a yoga studio, a boutique, a bar, an athletic club, and much more; and even their own office, which was relocated from a previous downtown location.
Justin also discussed with us one of the growing expectations of today’s world: results that are quicker, cheaper, and of better quality than they were before. Luckily, there are quite a few growing trends and services that have allowed NGC to adapt and transition in direction of those expectations.
“One of the biggest differentiators for builders and developers this year will likely be technology in construction – specifically, the innovations that can enhance efficiency,” explained Justin. “The need for the increased dependency on efficient technology has become increasingly obvious during the current pandemic as offices closed, people were forced to social distance, but the show was required to go on.
Our team has had the opportunity to experience the real-time results of things like construction drones, augmented reality, and Building Information Modeling (BIM). Modular construction is also ballooning in popularity in the current market. This type of construction allows the opportunity for a shorter schedule, with off-site work completed in a more controlled environment, which potentially decreases the risks associated with things like weather delays and other factors.”
NGC’s biggest competitive advantage as a company is their people. Their belief is simple: Outside partners won’t love the company until the employees love it first. NGC has prioritized taking care of their people; from things like a casual work environment, to an unlimited paid-time off policy, to destination company events – when the culture is right, the rest takes care of itself.
“We’ve modeled the value of relationships by the way we treat our employees, and that has transitioned to the way we treat the people we work with,” Justin concluded. “We are client-centric and choose to partner with people who are passionate about the work we do. We have such an amazing opportunity to wake up every day and improve the communities in which we live, work, and play – and it’s important that we partner with people who feel the same way.”